This 16th century sculpture known as Colosso dell’Appennino, or the Appennine Colossus took up residence in the park of Villa Demidoff north of Florence, Italy.

The menacing man made his debut in 1580 and carved by Italian sculptor Giambologna.

The watchful man looks over the pond perched on his terrestrial seat like a guardian of the pond or a man in a reflective state of mind. The gargantuan figure once stood among a number of bronze statues, many that are now lost. 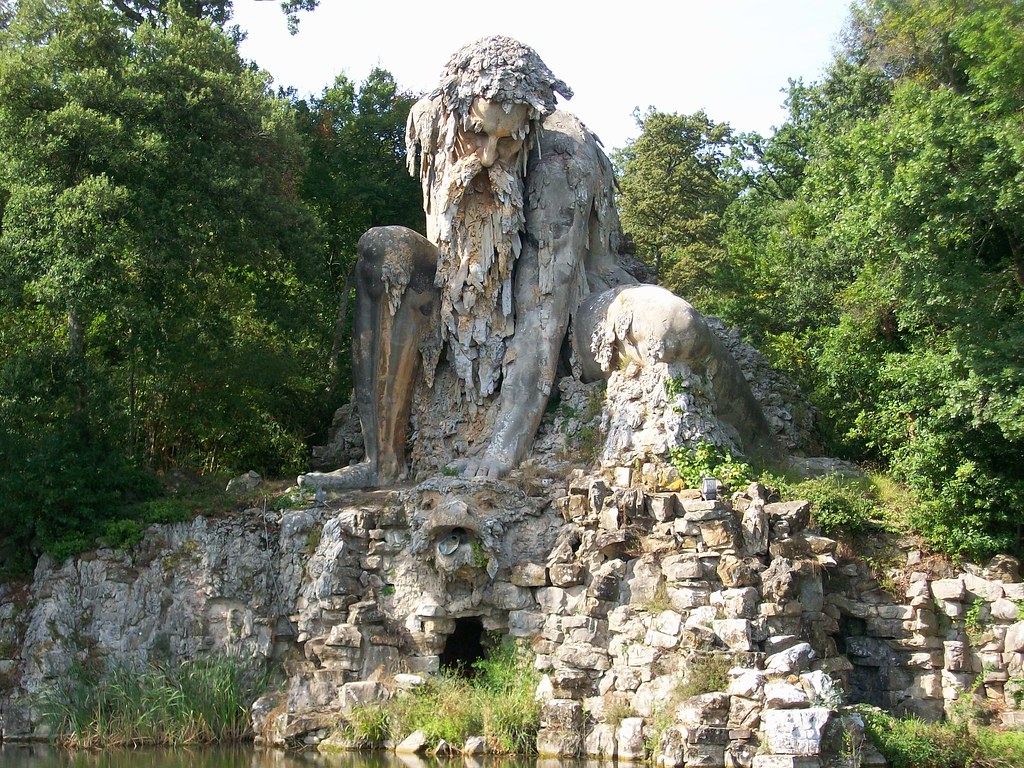 “The massive brick and stone structure withstood centuries in the same spot, managing to maintain its figurative composition in all that time. The park that the colossus is situated in, once built as an estate for the mistress of an Italian duke, serves as the perfect setting for the gentle giant.

His presence demonstrates a connection between man and nature. The massive size of the structure also echoes the relationship that is greater than reality. The colossus presents a surreal bond to nature.”

Sculpture Of The Hidden Rooms

Send this to a friend